It’s that time of year again when I ask myself the searching question: “why didn’t I take two weeks off work so I could watch TV?”.

Yes, it’s Wimbledon – the tennis tournament most beloved by players and fans alike.

One of the things I love about tennis is the way a match can turn around.

A player can be match-point down when, unexpectedly, momentum shifts. The commentators may have written them off, but suddenly the player is back in the game.  They’re still playing like it counts.  They’re fighting back, and when they manage to fight back from the brink of defeat to win, I’m always awestruck at their achievement.

I often wonder what goes through their heads when they’re staring defeat in the face. They may well hear a voice, much as Silverstein describes, saying “it’s impossible, it’s over, you’ve lost”.  But there must be another voice within, gently urging “keep going, keep trying, anything can happen”. And it’s this voice they choose to “listen close” to because it gives them hope.

Hope is the essential ingredient for any endeavour in life. Without it, we wouldn’t attempt anything. But sometimes, when we’re struggling, we lose sight of it.

Professional tennis players train to stay connected to hope so they don’t give up when everything seems lost.  We can do the same.  We can do whatever we need to do to remind ourselves there’s always hope.

One of the reasons so-called “inspirational” quotes like the one above are popular is because they help us connect to the side of us that is hopeful.  The side that truly knows anything can happen in life.  The side that reminds us no problem is insurmountable and we can fight back any time we choose to.

Just because we feel like we’re losing, doesn’t mean we can’t end up winning.

We just have to stay connected.

Click here to watch 15-year old Coco Gauff’s incredible comeback from match-point down in her match against Polona Hercog at this year’s Wimbledon.

25 thoughts on “Food for Thought: Staying Connected to Hope” 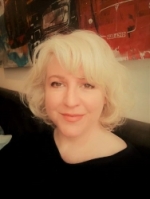 © Julie de Rohan, 2017-2022. Unauthorized use and/or duplication of this material without express and written permission from this site’s author and owner is strictly prohibited.